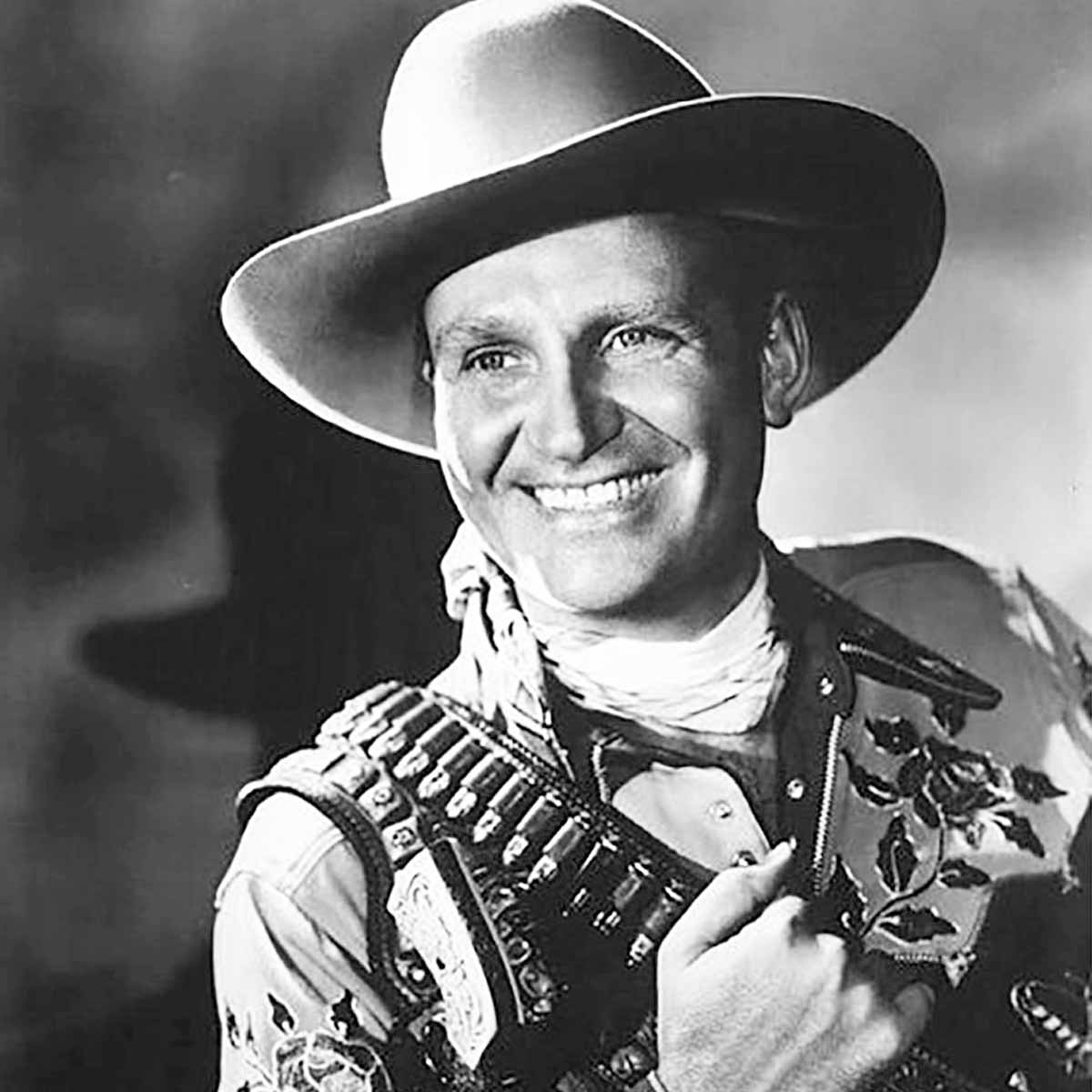 Orvon Grover "Gene" Autry, nicknamed The Singing Cowboy, was an American singer, songwriter, actor, musician, and rodeo performer who gained fame largely by singing in a crooning style on radio, in films, and on television for more than three decades beginning in the early 1930s. Autry was the owner of a television station, several radio stations in Southern California, and the Los Angeles/California/Anaheim Angels Major League Baseball team from 1961 to 1997.Credit: Wikipedia