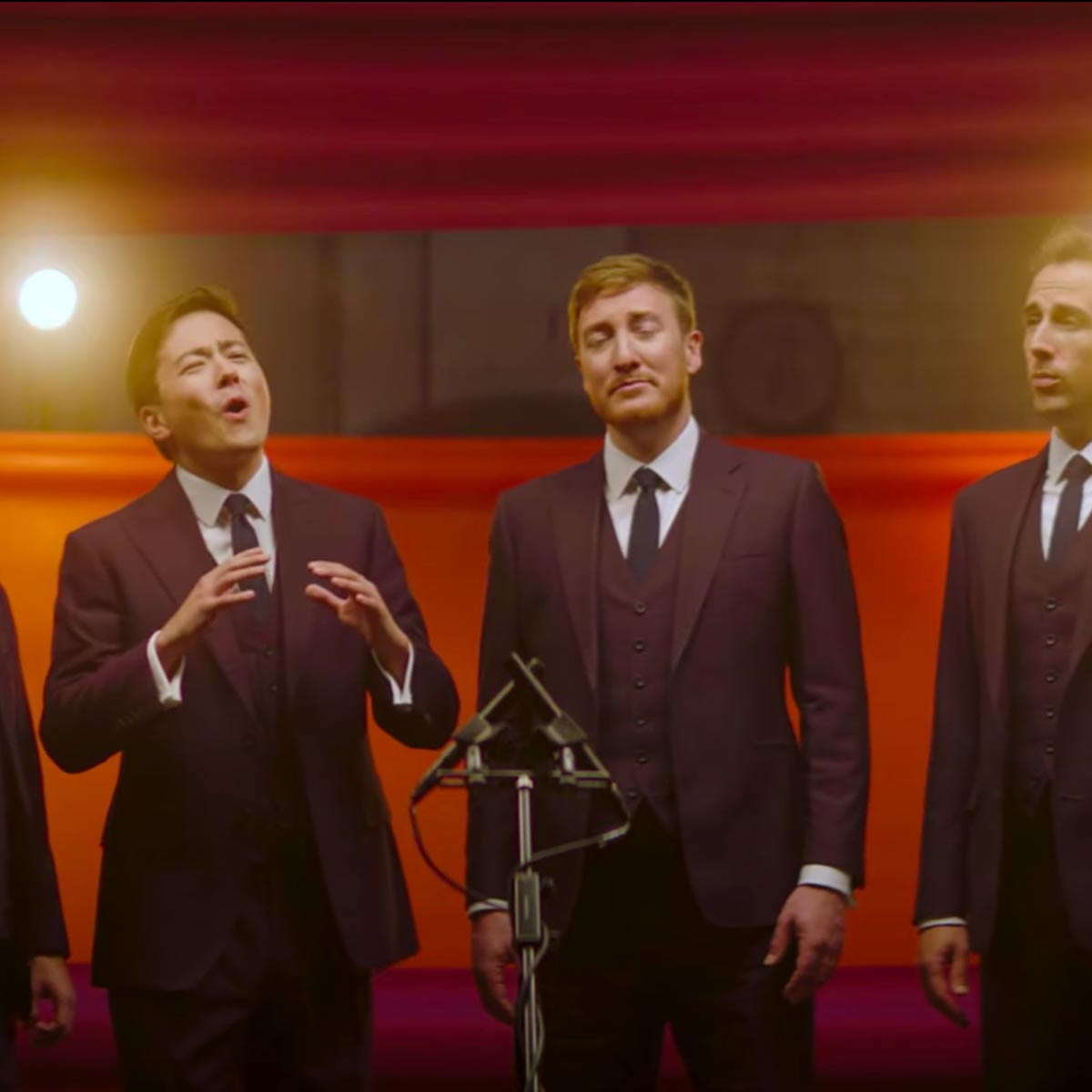 The King's Singers are a British a cappella vocal ensemble founded in 1968. They are named after King's College in Cambridge, England, where the group was formed by six choral scholars. In the United Kingdom, their popularity peaked in the 1970s and early 1980s. Thereafter they began to reach a wider American audience, appearing frequently on The Tonight Show Starring Johnny Carson in the United States. In 1987, they were prominently featured as guests on the Emmy Award-winning ABC-TV special Julie Andrews: The Sound of Christmas.Credit: Wikipedia