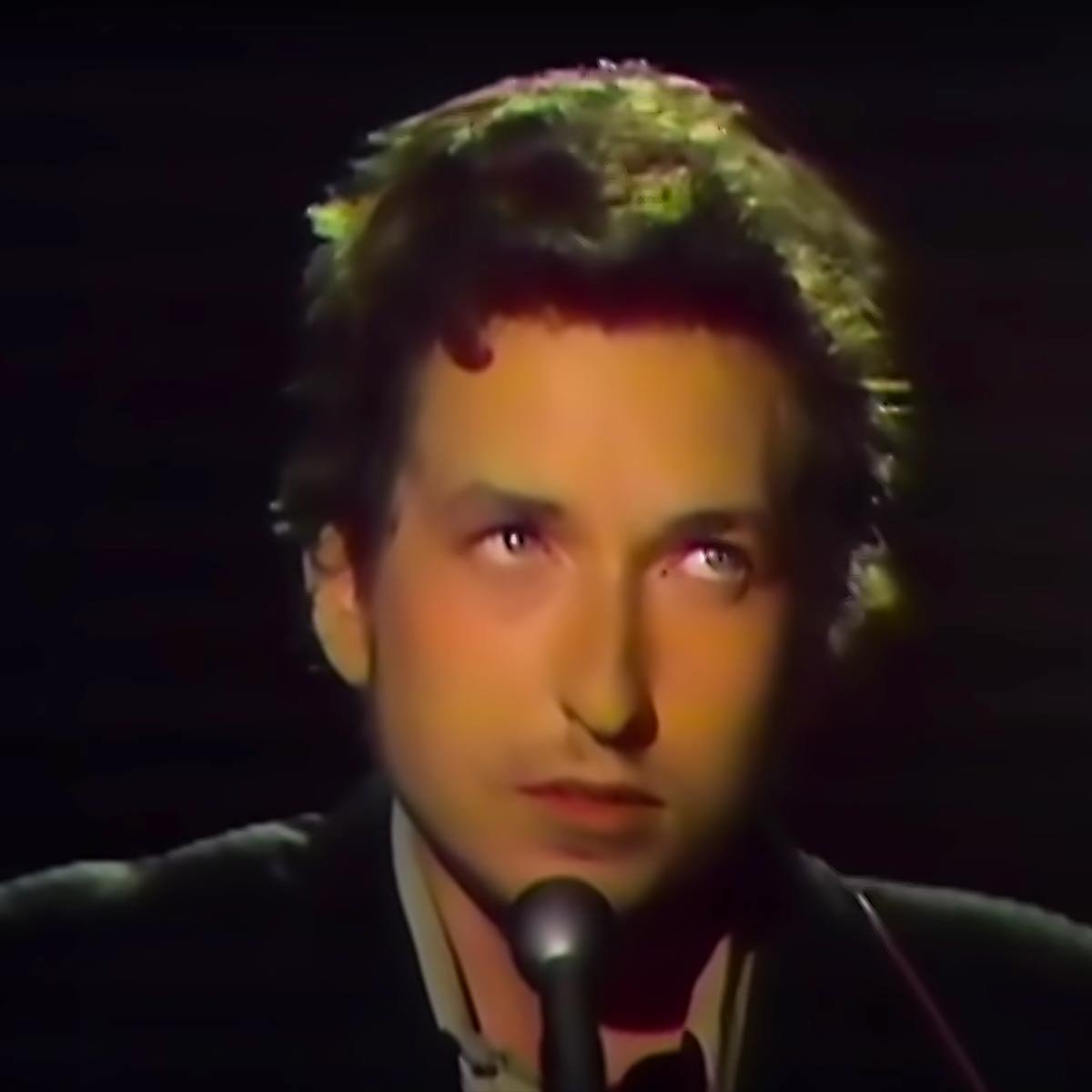 Bob Dylan is an American singer-songwriter, author, and visual artist who has been a major figure in popular culture for more than 50 years. Much of his most celebrated work dates from the 1960s, when songs such as "Blowin' in the Wind" (1963) and "The Times They Are a-Changin'" (1964) became anthems for the civil rights and anti-war movements. His lyrics during this period incorporated a range of political, social, philosophical, and literary influences, defied pop music conventions and appealed to the burgeoning counterculture.Credit: Wikipedia