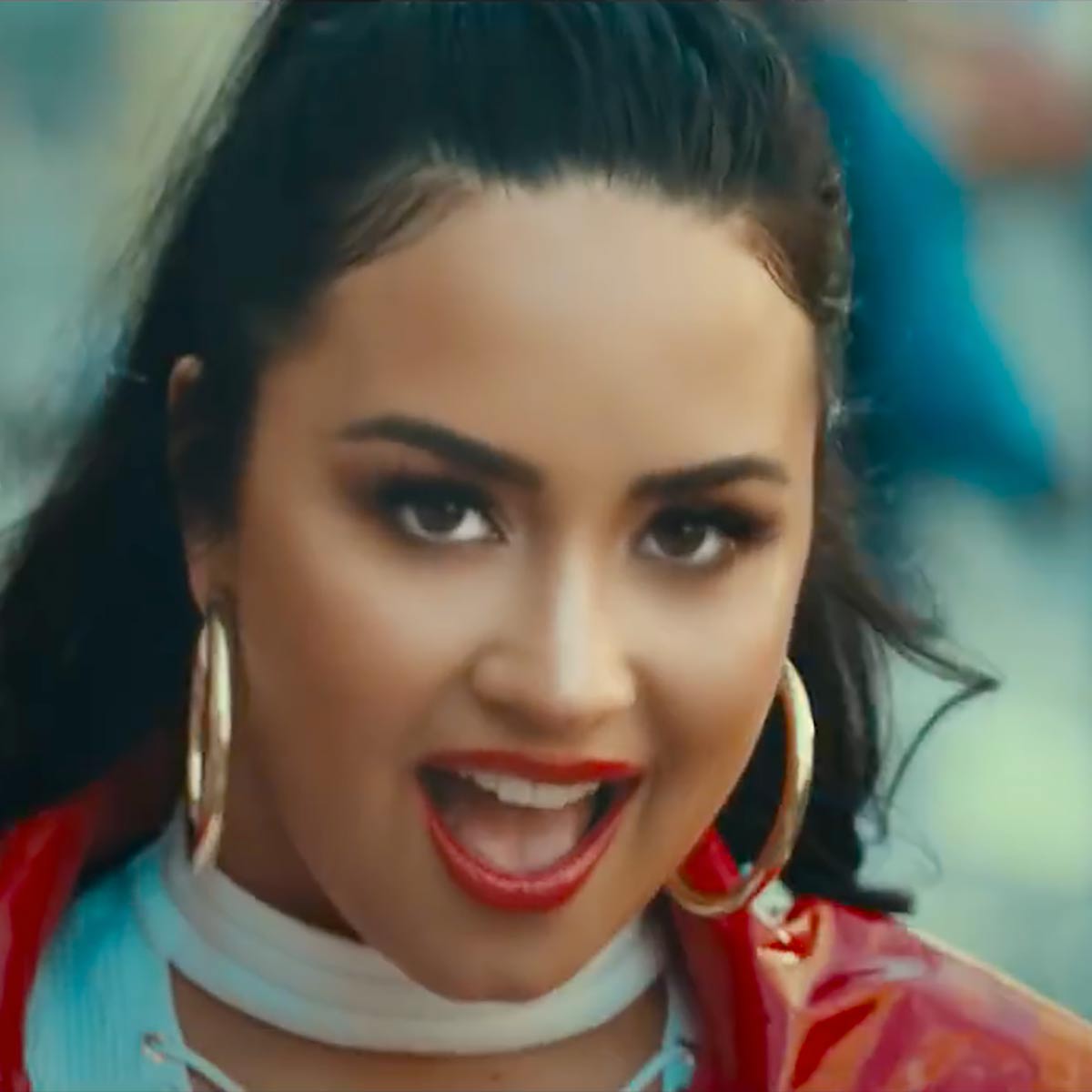 Demetria Devonne Lovato is an American singer, songwriter, actress, television personality, author, and activist. After appearing on the children's television series Barney & Friends (2002 - 2004), she rose to prominence for her role as Mitchie Torres in the Disney Channel musical television film Camp Rock (2008) and its sequel Camp Rock 2: The Final Jam (2010). The former film's soundtrack included "This Is Me", Lovato's duet with Joe Jonas, which peaked in the top ten of the Billboard Hot 100. After signing with Hollywood Records, Lovato released her pop rock debut album, Don't Forget (2008), which debuted at number two on the Billboard 200. Its follow up, Here We Go Again (2009), debuted at number one in the US, while its title track peaked in the top 15 of the country. Lovato's third studio album, Unbroken (2011), experimented with pop and R&B. It spawned two singles: "Skyscraper", which peaked in the top ten of the US, and "Give Your Heart a Break", which became her first number-one single on the Mainstream Top 40 chart.Credit: Wikipedia