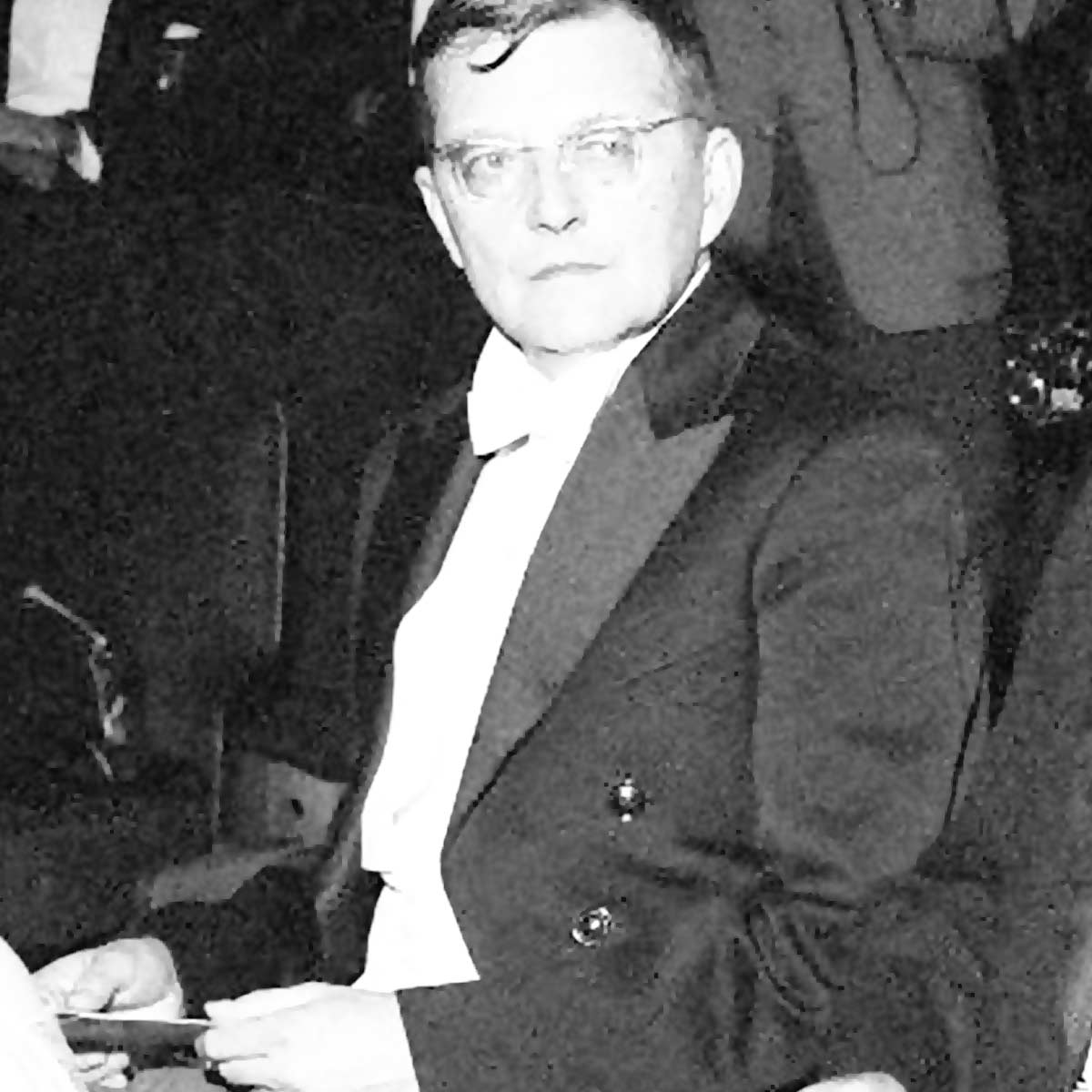 Dmitri Dmitriyevich Shostakovich, was a Russian composer and pianist. He is regarded as one of the major composers of the 20th century, with a unique harmonic language and a historic importance due to his years of work under Stalin. Shostakovich achieved fame in the Soviet Union under the patronage of Soviet chief of staff Mikhail Tukhachevsky, but later had a complex and difficult relationship with the government. Nevertheless, he received accolades and state awards and served in the Supreme Soviet of the RSFSR (1947) and the Supreme Soviet of the Soviet Union (from 1962 until his death). A polystylist, Shostakovich developed a hybrid voice, combining a variety of different musical techniques into his works. His music is characterized by sharp contrasts, elements of the grotesque, and ambivalent tonality; he was also heavily influenced by the neoclassical style pioneered by Igor Stravinsky, and (especially in his symphonies) by the late Romanticism of Gustav Mahler.Credit: Wikipedia