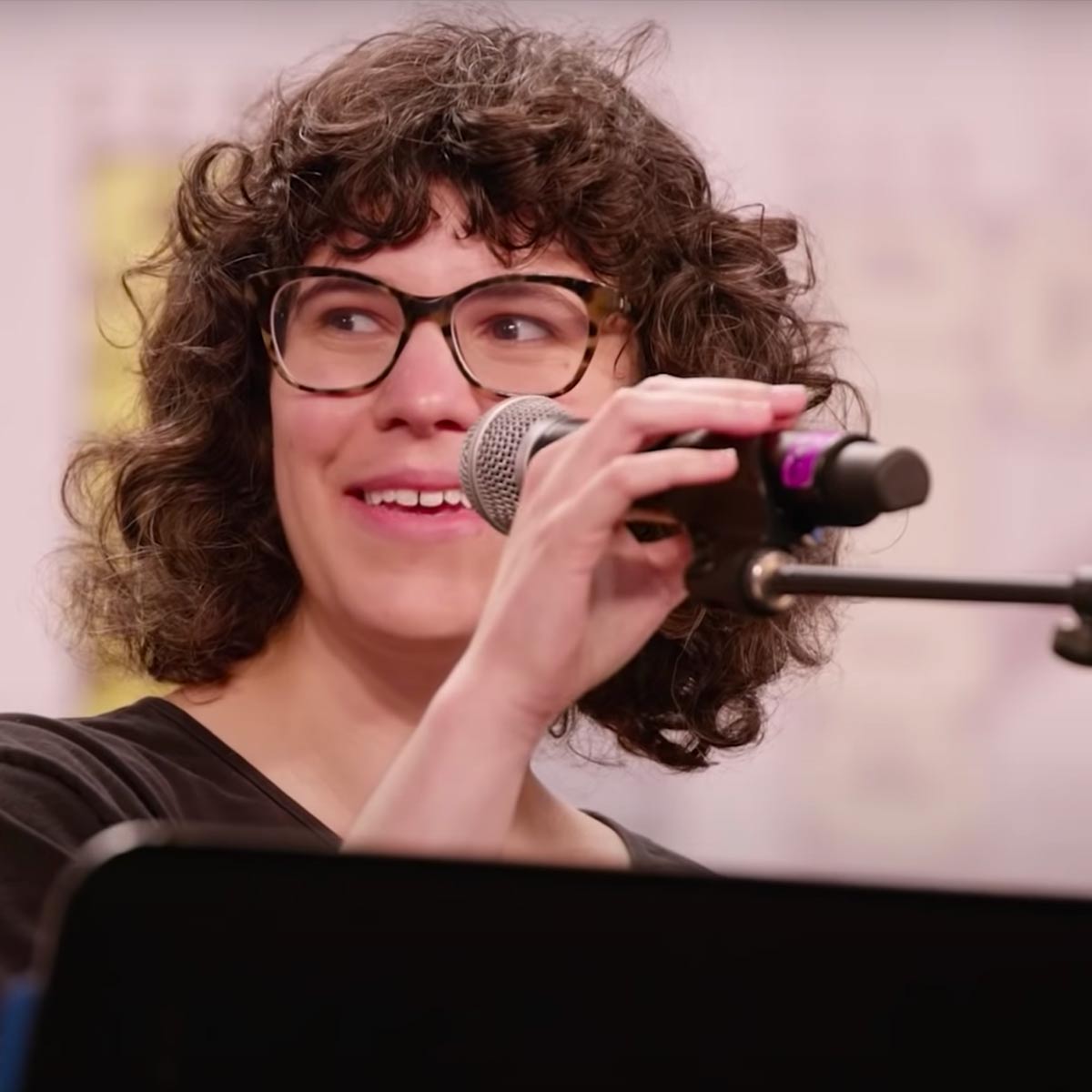 Rebecca Rea Sugar is an American animator, director, screenwriter, producer, and singer/songwriter. She is the creator of the Cartoon Network series Steven Universe, making her the first woman to independently create a series for the network. Until 2013, Sugar was a writer and storyboard artist on the animated television series Adventure Time. Her work on the two series has earned her six Primetime Emmy Award nominations. Sugar is a bisexual non-binary woman, which has encouraged her to stress the importance of LGBT representation in art, especially in children's entertainment.Credit: Wikipedia