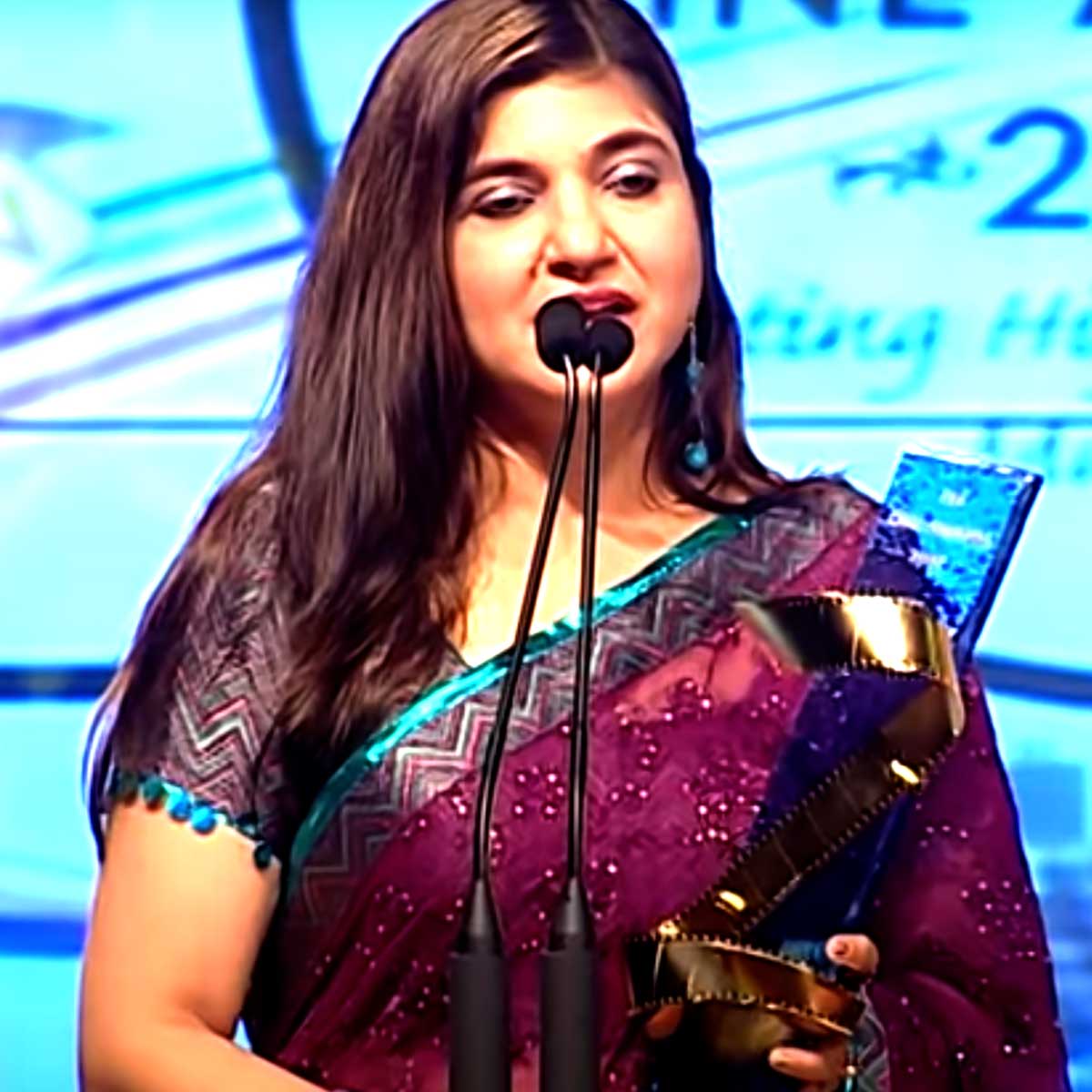 Alka Yagnik (born 20 March 1966) is an Indian playback singer. She is noted in Indian cinema for a career spanning over three decades. She holds a record of being the only nominee in the category of Female Playback Singer, as in the year 1994 she had three solo nominations and the fourth one was with Ila Arun. She is a record seven-time winner from a record of 36 nominations of the Filmfare Award for Best Female Playback Singer, a two-time recipient of the National Film Award as well as several other music awards and honours listed below. Further, as many as twenty of her tracks feature in BBC's "Top 40 Bollywood Soundtracks of all time" review. She is one of the prolific female playback singers who has sung maximum number of female solos in her Bollywood career. She is ranked No. 1 in the YouTube's Music Charts & Insights list of top global artists as of 16 July 2020. She has been on the chart for 200 weeks with 403 million views.Credit: Wikipedia