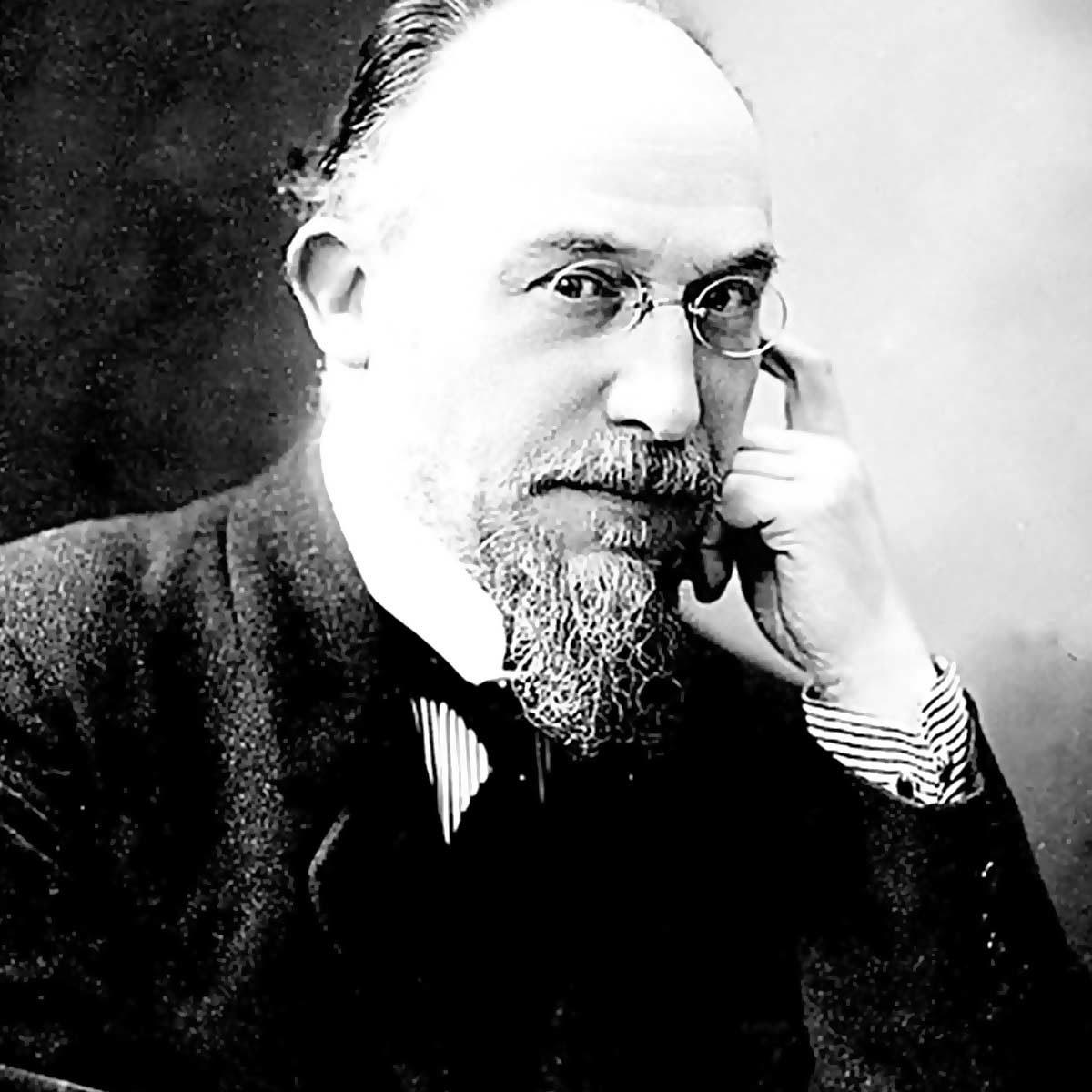 Eric Alfred Leslie Satie, who signed his name Erik Satie after 1884, was a French composer and pianist. Satie was an influential artist in the late 19th- and early 20th-century Parisian avant-garde. His work was a precursor to later artistic movements such as minimalism, repetitive music, and the Theatre of the Absurd. An eccentric, Satie was introduced as a "gymnopedist" in 1887, shortly before writing his most famous compositions, the Gymnopedies.Credit: Wikipedia