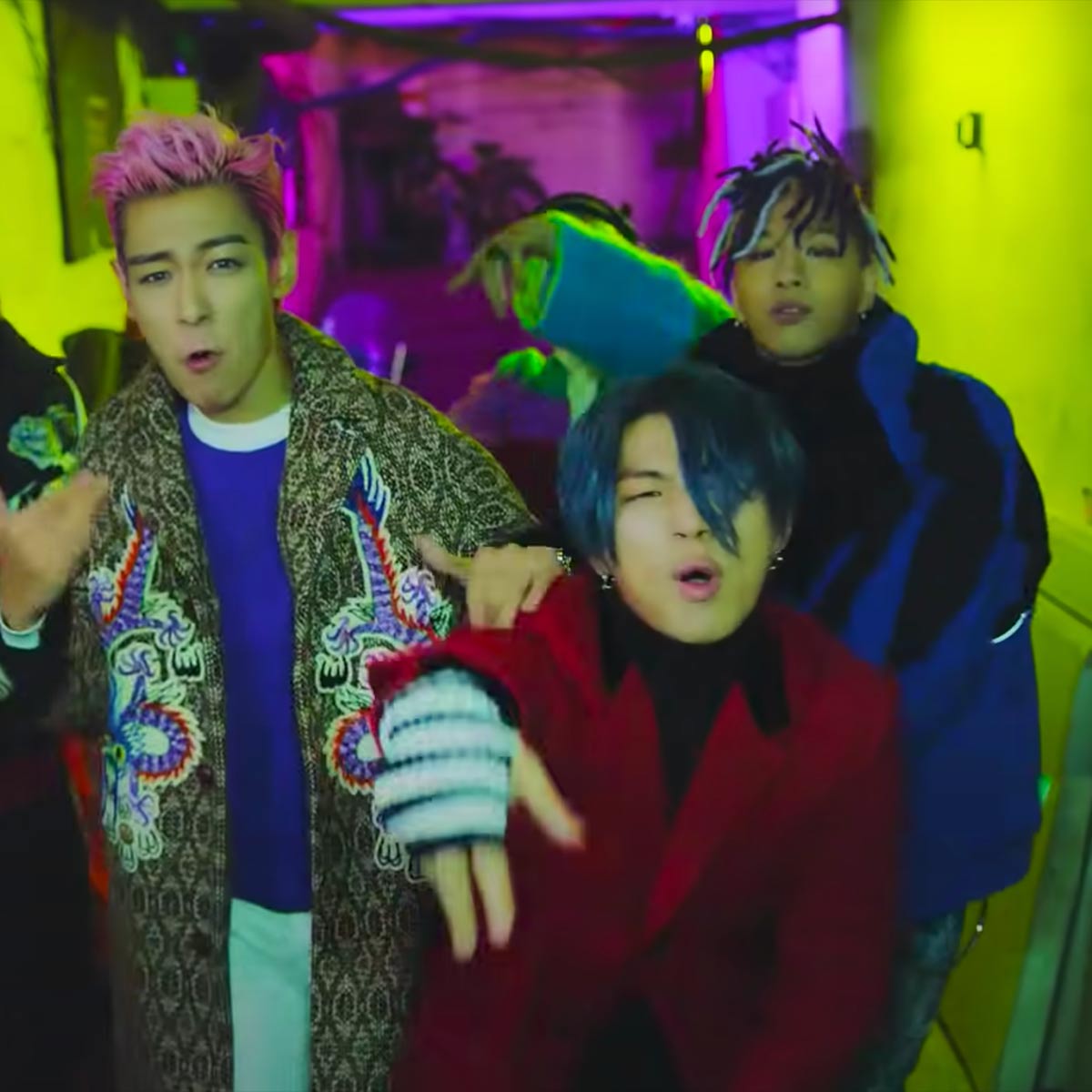 Big Bang (stylized as BIGBANG) is a South Korean boy band formed by YG Entertainment. The group consists of four members: G-Dragon, T.O.P, Taeyang, and Daesung; member Seungri retired from the entertainment industry on March 11, 2019. Dubbed the "Kings of K-pop", they helped spread the Korean Wave internationally and are one of the most influential acts in K-pop history. They are best known for their musical experimentation and versatility, self-production, and stage presence.Credit: Wikipedia