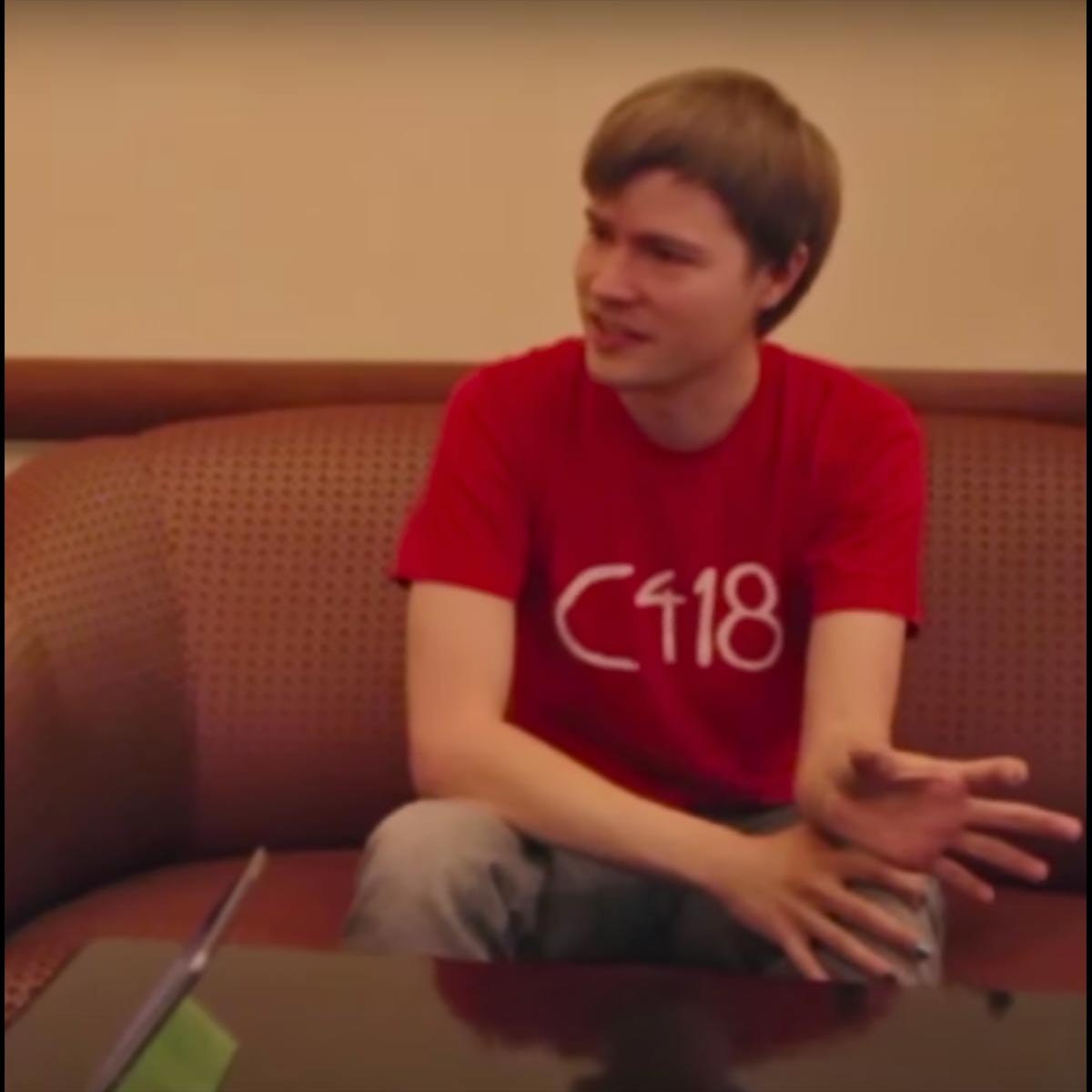 Daniel Rosenfeld, also known as C418 (pronounced "see four eighteen"), is a German musician, producer and sound engineer, best known as the composer and sound designer for the sandbox video game Minecraft. He has also written and produced the theme for Beyond Stranger Things. C418 was born and grew up in East Germany in 1989, the son of a Soviet-born father of ethnic German descent working as a goldsmith and a German mother. He learned to create music on early versions of Schism Tracker and Ableton Live in the early 2000s, both rudimentary tools at the time.